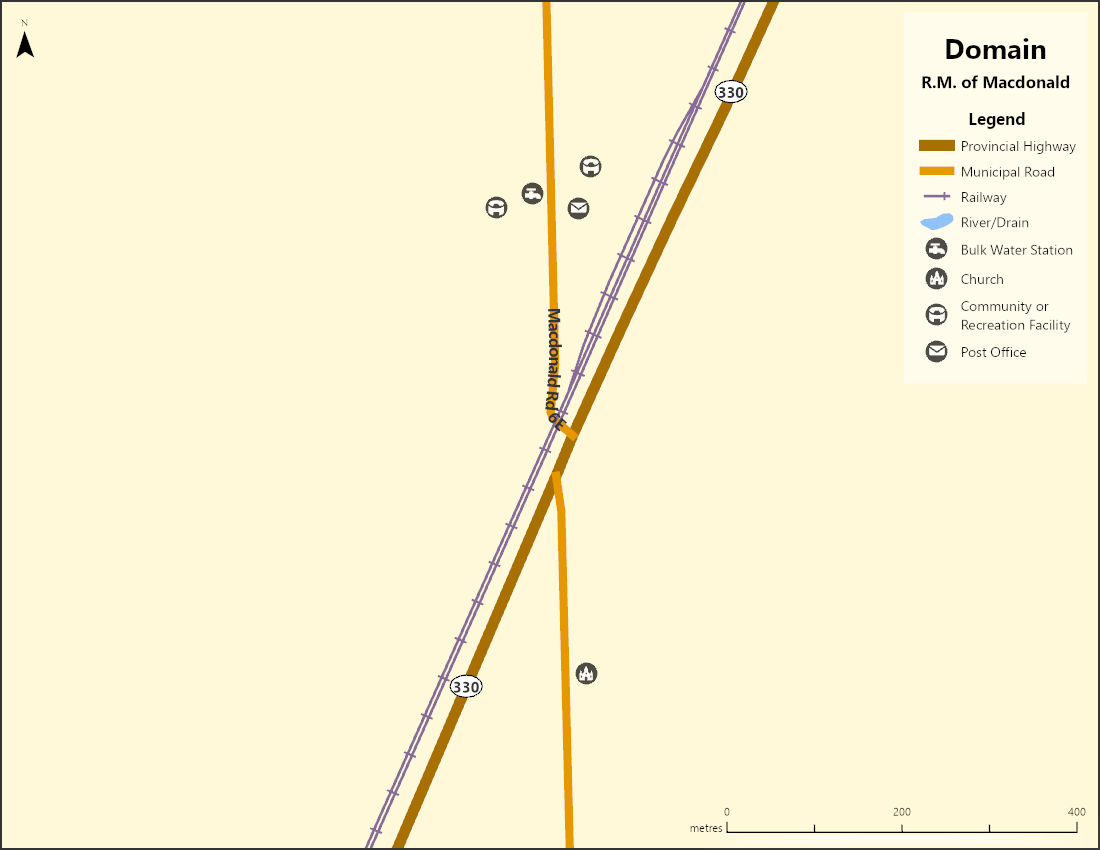 American immigrants outnumbered Canadian and English almost two to one in the Shanawan (Domain) district after the turn of the century. Prior to this, Domain's history includes pioneers in the Avonlea area to the southeast where original settlers came mainly from Great Britain and Ontario. The reason for the American predominance of the 1900s was because American speculators owned much of the land in the district.

The Manitoba Colonization Company headed by Herb Hinch, resold to settlers. Up until 1911, carloads came from Indiana, Illinois, Iowa and other states. The Starbuck Board of Trade pamphlet of 1909 extolled Shanawan's attractions, describing the settlement as 'the next station south of La Salle, five miles by rail." American absentee ownership was common with most owners hiring foremen to oversee their farms and merely checking conditions at regular intervals.

Since not all people could afford their own equipment, custom land.breaking became popular. Among the American immigrants came the entrepreneurs who, seeing a need, filled it. In 1901, Ramsdens from North Dakota moved a building to Shanawan and opened the first store and post office in the village.

In 1925, the railroad decided the name Shanawan be changed to Selburn because express and freight sometimes went to the Saskatchewan town of Shaunavon. Soon, Selburn was renamed Domain. For a number of years mail came addressed to Shanawan Post Office, Domain, Manitoba.

In 1933, residents signed a petition requesting the government to make Domain official for both the post office and railway station. Today, Domain is a small, close-knit, family oriented community. Though largely a grain farming area, cattle, hogs and poultry can also be found in the area.

The Avonlea United Church celebrating 100 years of worship services in June 1999-has an inter-generational choir, an active UCW, and provides Sunday School for children age three through Grade 12.

Community groups include the Domain Dynamos 4-H Club, the Domain Legion and Auxiliary and Domain WI. During the winter months, the Domain arena is busy with Can skate lessons, hockey and ringette programs for the youth and a hockey program for the seasoned players.